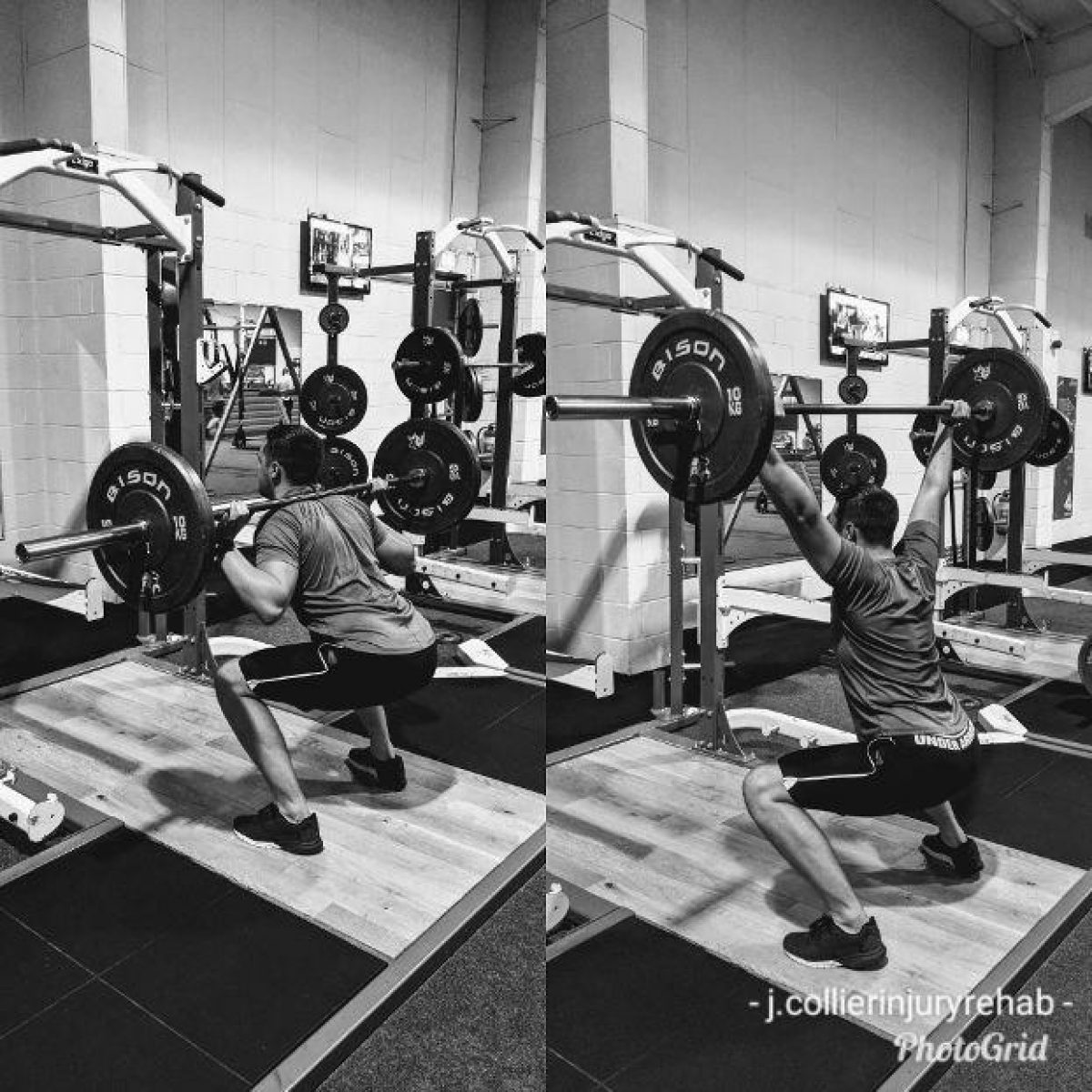 Plenty of studies and research have looked at how altering certain characteristic of a squat effect the way the kinetic chain moves. This can be anything from bar position (e.g. high bar or low bar), feet positioning (e.g. standard or sumo), and depth of movement etcetera etcetera.

But what difference does a back squat compared to an over head squat make to a person’s rehabilitation or training?

Why is an over head squat harder eccentrically?

The increased EMG activity during the downward phase of an over head squat is significantly higher than that of a back squat. In short suggesting it is more difficult for the posterior and anterior aspects of the trunk due to the increased stability demands and relative resistance.

So for power and strength gains, a back squat is better?

On first glances this seems to be the case. However, the study focused mainly on “relative weight” meaning the loads during the overhead squat where lower. If you compare each exercise kilogram for kilogram, during the concentric phase the over head squat has a higher EMG activity in every muscle apart from the gluteus maximum.

I have on-going back problems and “plank” twice a day.

Why? This study alone shows that in both the back and over head squat there is significantly higher EMG activity in the posterior chain (erector spinae) in comparison to isolation exercises like the plank. If your clinician or therapist deems it safe to do so, give these a try! Your spine is a lot stronger than you give it credit for!

So which do I do?

It depends on what your training goal is or the focus of your rehabilitation. But if limitations like mobility, pain and flexibility allow it, do both! Both have significant advantages over the other. For muscle gain, power and gross strength, due to the ability to lift more, the back squat is far superior. For mobility, stability and anterior trunk training the over-head squat is top dog.

Any trainer/therapist worth their salt incorporates a back squat but the over head squat is the missing gem out of many people’s rehab and training regime.

Rodrigo, RA. and Swinton, PA. (2014). Electromyographic and Kinetic Comparison of the Back Squat and Overhead Squat. Journal of Strength and Conditioning Research 2827-2836.