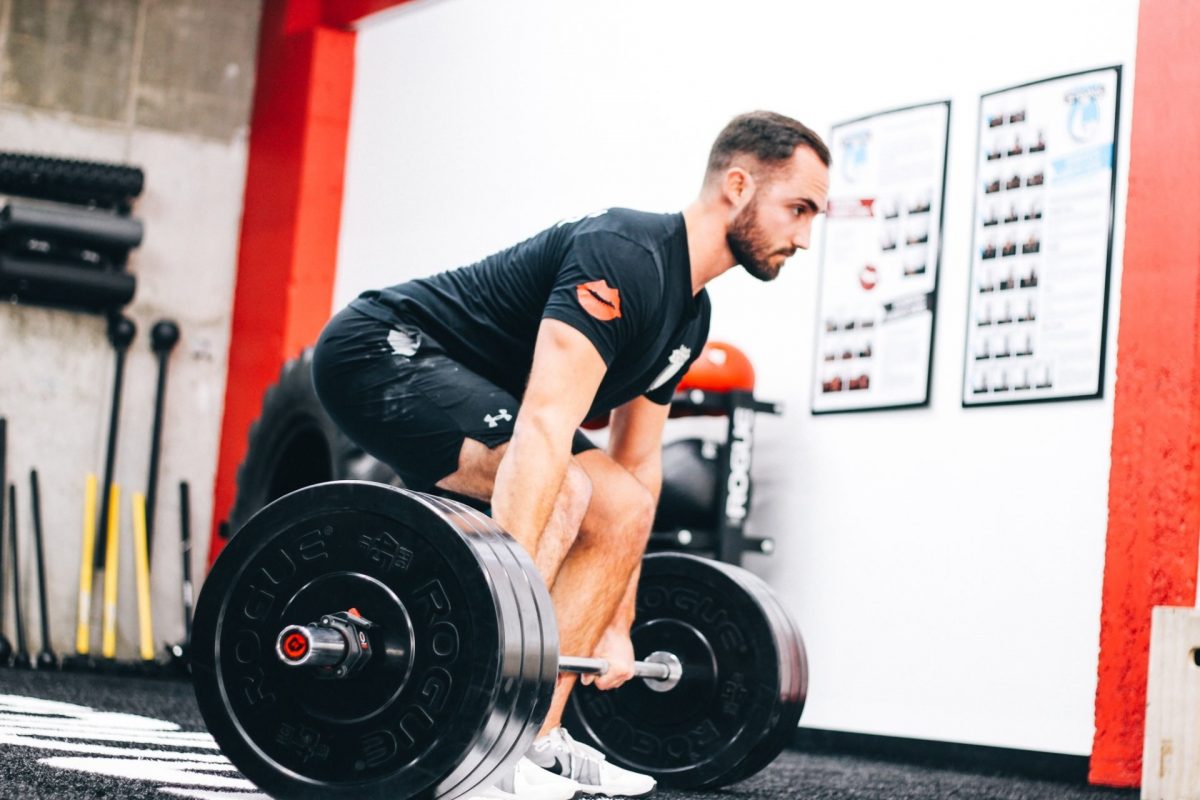 People often say if they come to see me with acute or chronic lower back pain; “I don’t deadlift because I have a bad back”. Actually I try to educate my clients that it’s quite the opposite. Pain, especially chronic, tends to steam from weakness and also severe apprehension of movement. Your spine is a lot more robust than it is given credit for. It isn’t made from plastic, glass or McVitie’s digestives.

If it was a dead lifting that caused the problem the first place then our aim should be to get you to a point where you are lifting more weight after rehab than what “broke” you originally.

Depending on your stage of rehab, using a variation of deadlifts can be a great way to re-train and re-educate a client along with the addition of increasing confidence in their ability.

The conventional deadlift is what is most commonly seen throughout local gyms and is often what is performed incorrectly. It’s characterised by shoulder width and width of stance with forearms outside of your knees. Whereas, with a sumo stance, hips are abducted more in a wide stance with the hand grip within the thighs. Conventional style emphasises muscles around the lumbar spine (lower back) more then sumo because the trunk is flexed further forward. A the spine is straighter during a sumo squat, along with the wide stance, the sumo style lift decreases lower back involvement and increases more recruitment of muscles around the hips i.e. glutes and adductors.

Straight or Stiff leg is specifically used to strengthen lumbar spine (lower back) muscles alongside hamstrings. During this lift knees remain locked and extended and the spine remains with is natural positioning during the lowering phase with the bar positioning ending directly below the shoulders. The motion is then reversed to complete the lift. “I can’t go any further because of my hamstring!” That’s fine. It is ore important to stop at this point rather than lose the positioning of your spine. There is greater torque on the hips and lumbar spine due to the end positioning of the bar. It is important not to compromise form for weight as an over increased bar mass can cause increased flexion in the spine increasing risk of injury.

This is primarily used for lower back, glutes and hamstring strength with decreased strain on the lower back in comparison to the stiff leg deadlift due to bar positioning and technique. The RDL is similar the the stiff leg in terms of execution with the exception of the knee not being “locked” but are to be “soft” with a slight flexion in them. This allows the bar positioning to change and remain close to the legs. Hence reducing the torque on the upper body and places the load closer to the axis of rotation (lower back, pelvis and hips). The key to this movement is to focus on the rotation about the hip joints, forcing the glutes back while maintaining flexion in the knees and tension in the hamstrings. Errors during this lift include; not flexing the knees, allowing the lower back to round, pulling the bar against your thighs and excessive extension of the lower back during completion of the lift.

Commonly used by power lifters trying to strengthen particular parts of the upwards phase of their deadlift. The high load is used to over load back muscles and increase motor recruitment around the area. This assists in gross power output and can be transferable to 1 rep max preparation. The spinal extensors, glute max and quads are the primary muscle groups during rack pulls. Latissimus dorsi, rhomboids and trapezius have a large role in stabilisation of the upper back.

The moral of the story is. Yes, the deadlift may be the nasty exercise that injured you initially. But there are variations of the exercise along with many other than will help you come back stronger than before, lifting more than you ever did.

If you require any further information or need any advice don’t hesitate to get in touch; jonathan@jcinjuryrehabilitation.co.uk / 01204 263016